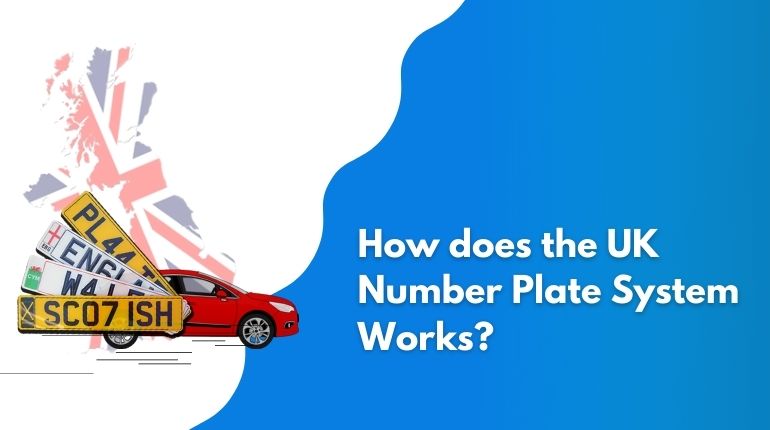 If you’re wondering how old a used car might be, we tried to answer all of your questions about UK number plates, from the history of the plates to how to quickly monitor the vehicle age from the number plate and other methods.

The research is necessary because the car’s value is frequently influenced by its year of production and how long it runs. These two are thought to be one of the valuation factors.

In the UK, new registrations changed twice a year after September 2001. The current number plate consists of three parts:

How does a number plate act as an age identifier?

Did you know the history of number plates? Are you searching for new number plates to buy this year? Here is brief research about how number plates are identified as age identifiers & their evolution, and when you choose to buy the car, it ensures you decode its age.

In 1963, the suffix letter system was an age identifier. The system is active from 1963 to 1982. It made where the age of the vehicle identified through the letter starts from A to Y (except I, O, Q, U, and Z) series. The suffix systems ended; hence, after 1982, the system introduced the prefix number plate registrations.

The prefix number plate systems were issued from 1983 to 2001. It also follows the same pattern where vehicle age identified through the letter starts from A to Y excluding I, O, Q, U, Z. This system also ended after August 2001.

New style registrations are also referred to as Millennium registrations, adopted in 2001. As previously determined by the new-style number plate, the number mentioned in the seven characters in number plates can be found.

Unlike suffix and prefix systems, there are two-millennium releases each year. The dating began with 51 second-half, specifically September 2001. It continued with 02- first half of 2002 proceeds from there.

For instance, if your vehicle was registered in October 2002, it indicates 52. Let’s look at the brief tabular here.

An alternative way to detect how old the car is

Besides buying a used car, you need to know the vehicle’s age when getting insurance quotes and car finance deals. The fact is that there are ways to identify the car age.

Don’t be fooled by the terms “made year” and “registered year”; they look to be the same. It signifies that your car was constructed in Germany in 2019, and a UK dealer purchased it in 2020. The manufacturing year is so 2019, whereas the registered year is 2020. However, both dates help in determining the vehicle’s age.

Recommended for you: Check if the vehicle logbook is original

The location where your vehicle was first registered is easily accessible. As everyone is aware, the registration date is printed on the V5C or car registration paperwork. Alternatively, you can check vehicle number plate history for free receive a complete report on the vehicle’s history.

What does the number plate check offer?

As previously stated, the DVLA helps to disclose the vehicle information about the age, make, model, fuel type, and basic information. However, it is difficult to say if the previous owner changed or altered the number plate. And hence, the registration plate tracker gives a hand to tell you the current VRM and how many number plate changes occurred before.

It comes under our basic check reports cost you £1.99; else, you need a complete vehicle history report. Feel free to ask about the reports with our support mail, and we will help you resolve queries.