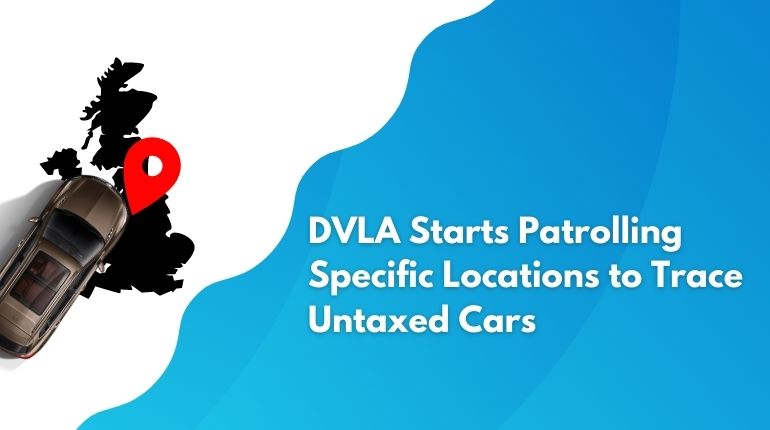 The Driver and Vehicle Licensing Agency (DVLA) have started a patrolling campaign to find tax-evading motorists in the UK. The agency employs specialist enforcement teams patrolling different UK locations (20 to be précised) to clamp untaxed cars.

The DVLA will use its own database in order to identify cars being driven without tax and penalize owners subsequently. Enforcement teams come to know the cars as they are fitted with automatic number plate recognition cameras (ANPR).

Any motor that is captured by the cameras can be quickly checked against the VED database to determine if it is being driven without taxes. This will allow teams to take immediate action and clamp cars. This new campaign responds to evidence that vehicle tax evasion has increased since the paper disc was abolished over five years ago.

DVLA confirmed that around 1.2 million enforcement actions – including late licensing penalties, out-of-court settlements, and wheel clamping – were taken in 2019 against untaxed vehicles.

These 20 regions are targeted based on the last year’s data the authorities received. The DLVA said they found about 600,000 untaxed vehicles in 2019 around these areas.

DVLA took nearly 600,000 enforcement actions against car owners without taxes in 2019. Authorities said they would be on the prowl in 20 UK destinations armed with wheel clamps.

The full list of 20 UK locations is given below, along with the enforcement actions taken in these areas in 2019:

With 78,501 enforcement actions for untaxed vehicles last year, Belfast is at the top of the list. Birmingham, Glasgow, Manchester, and Sheffield have also been warned of being highly important locations. Tax evaders have been warned they’re facing fines and license penalties, and their vehicles may be clamped – or even seized.

Once DVLA locks an untaxed car, they put a penalty of £100 for its release. At the time of release, the owner must show evidence of tax submission; otherwise, they must pay another £160 surety fee, which is refundable upon showing tax receipt. The car owner must pay the release fee within 24 hours to avoid vehicle confiscation.

The DVLA car check for tax evaders is done through its own VED database. The DVLA patrolling vehicles also have the tech feature that can detect a vehicle’s number plate and fetch a record of its tax.

Julie Lennard, Chief executive at the DVLA, stated: The number of untaxed vehicles on the road is falling, but we are determined to reduce this even further. We operate a range of measures to make vehicle tax easy to pay and hard to avoid, so there really is no excuse if you fail to tax your vehicle.

How to Check Your Tax Using Car Tax Check Status?

Want to know about your car’s tax? You can simply get a car tax status from us. The latter option is more suitable if you also want to know other details about the vehicle, such as mileage verification, number of previous owners, and so on.

It’s better to drive with proper road tax and license on the UK roads and stay legal. Even if your vehicle tax is about expiry, you can make the payment easily online. If you look for your next car, ensure the vehicle is taxed by following a few steps online.