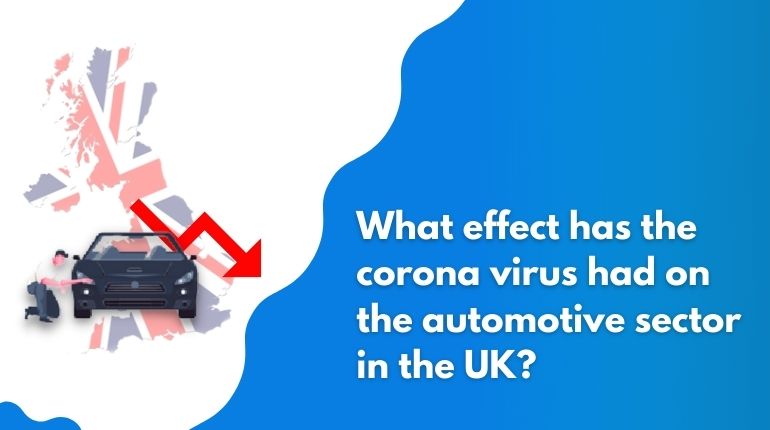 The coronavirus pandemic has thrown the automotive industry into uncertainty. The demand for and sales of vehicles have fluctuated dramatically over the last nine months.

Since the UK imposed its initial lockdown in March, new vehicle registrations have been virtually non-existent. Due to this, the Society for Motor Manufacturers and Traders (SMMT) claimed that car sales dropped by 29.3% in 2020 compared to last year’s same month. This results in a terrible year for UK automakers, the worst since 1984, with the pandemic playing a major role.

When the UK imposed its initial lockdown in March, new vehicle registrations were virtually non-existent. The impact was negative. As per the source, the Society for Motor Manufacturers and Traders (SMMT) claimed that car sales fell by 97 percent in April compared to the same month the previous year.

There could be three primary causes for the low demand in the UK automobile industry:

But as the lockdown eased and showrooms reopened their doors in June, car sales went up again. Most auto dealers hoped to recover the losses of the year through the pent-up demand that was inevitably created.

Swelled Demand for Used Cars in the UK automobile Industry

However, one interesting statistic to note was the steady increase in the demand for used cars in the UK automobile industry through all of this. In May, this demand went up after Prime Minister Boris Johnson announced easing the lockdown rules. He advised residents to avoid public transport and opt for personal vehicles instead.

As a result, second-hand car dealers reported a further 3.4% rise in car sales in the first ten days of June. We have also noticed a surge in our car check services. Even with the new lockdown imposed, the interest in used cars has not diminished. The reasons behind this are easy to identify and understand.

The below infographic showcases the increase in the automotive industry sector 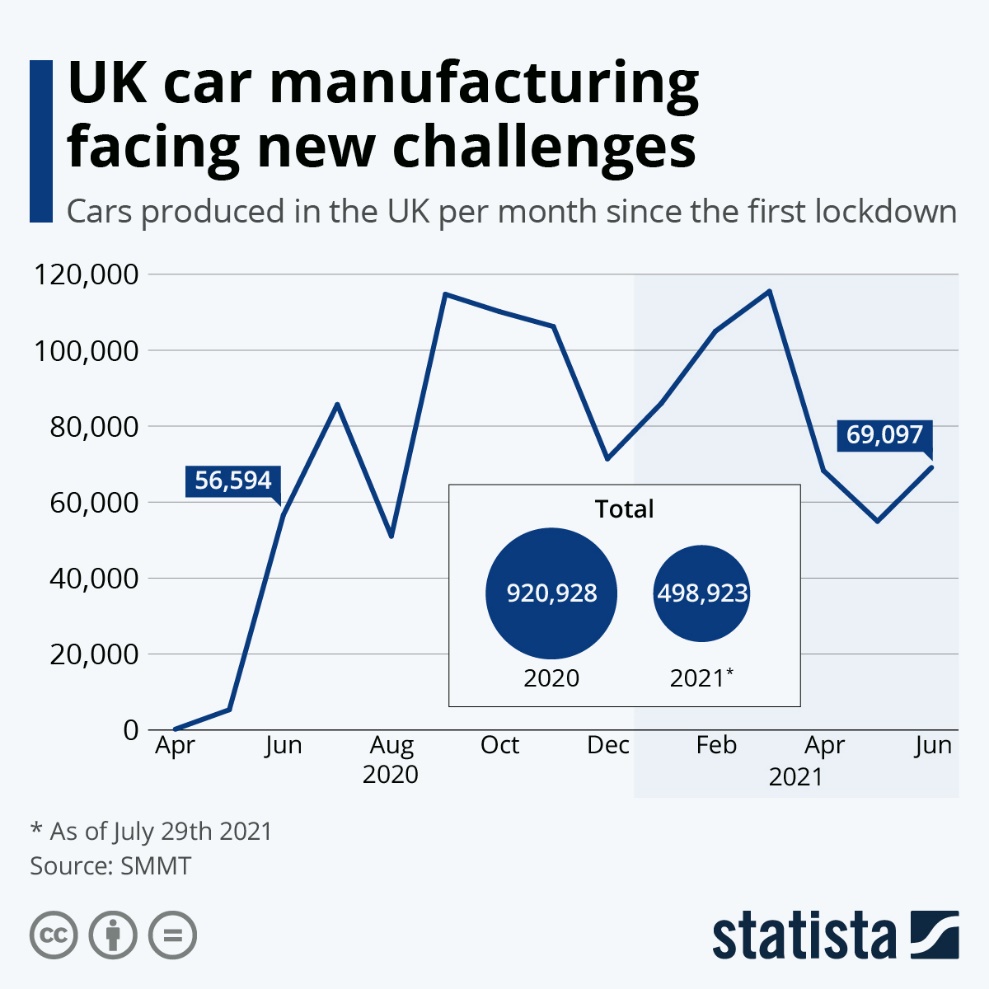 To begin with, during the first several months of the pandemic, new car production almost ended. In order to keep their workers safe, manufacturers shut down their factories. As a result, the number of new vehicles produced and sold has decreased. People began looking for less expensive alternatives to new cars as the economy became shakier and unemployment increased.

Second, as the lockdown regulations were lifted and people went back to work, many individuals were forced to seek out safer alternatives to public transportation. More than half of UK licence holders want a car now than they did before March, according to the annual RAC Report on Motoring. According to the survey, 67 % more people in the UK vehicle sector are likely to drive to work now than in the past.

Third, most of the people who purchased these new cars were simply adding another vehicle to their existing fleet. With people avoiding public transit and activities returning to normal, more household members needed their own cars.

Therefore, people are opting for cheaper used cars instead of buying new cars, which are already unusual.

The increasing demand for used cars in the UK automobile industry brought about the inevitable rise in their prices. This trend became evident as soon as the production of new vehicles halted during the first lockdown. Second-hand car prices went up by 12% after April.

After lockdown rules ease, expecting the production of new cars has resumed. In 2021, the scenario changed due to the shortage of semiconductors. This crisis makes the production terminate and impacts the manufacturers—some brands like Ford Volkswagen attempt to close their production house. The positive impact on these crises is the sudden hike of used car prices than the brand new cars, and people are started to welcome the green vehicle and helping to move for a zero-emission future.