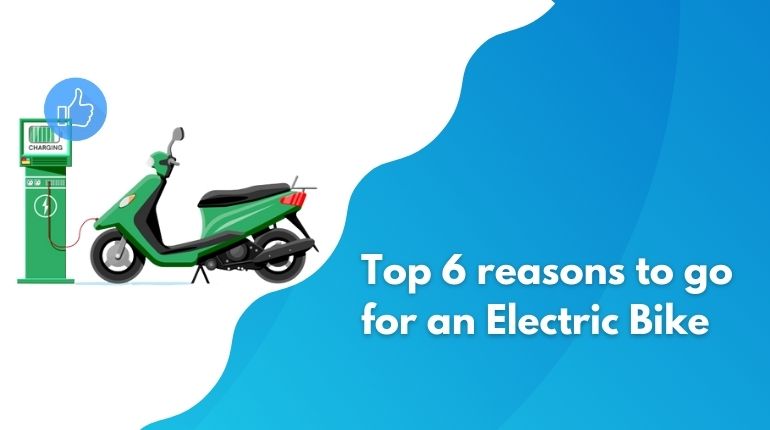 According to the SMMT forecast that registrations of BEVs and PHEVs will climb by 61% and 42% respectively this year implying that by the end of 2022, nearly one in every four new cars would have a plug.

E-bikes are one of the fastest-growing solutions to our daily transportation challenges, and many people (including you) are interested in ‘going green’ and lowering their carbon footprint, but aren’t sure if the benefits outweigh the costs. Riding an E-bike is becoming more welcoming now and a quick option for most UK people.

On the contrary, there are so many questions and doubtfulness on electric bikes and their benefits since the rising popularity of e-bikes will vanish conventional bikes and cars. In this blog we have listed the reasons and advantages to buy and e-bikes.

What is an E-bike?

In simple, it is a motorbike or cycle that is electric-powered as its fuel. Regardless of the fuel type, it comes in all shapes and sizes, like a petrol/diesel motorbike. You need to get all the legal papers such as MOT, insurance and road tax properly to drive the vehicle on the UK roads without an offence.

Alternatively if you looking to buy a used bike then make sure you check all these important papers and get an instant bike check from us in advance. As we know e-bikes are grow more popularly, and it’s hard to find the peoples using it.

Still need a bit of convincing? Here are few reasons to know.

SIX Reasons to jump on the e-bike:

Of course, electric bicycles provide many of the same benefits as regular cycling, but because you have a bit more oomph on board, you’ll be able to travel further and ride for longer.

They’ll also allow you to outrun most cyclists and, in some cases, cars. Despite the fact that modern automobiles can travel 50 times faster than cars from a century ago, gridlocked roads mean that the average car speed in traffic has not increased at all.

Help you to save money

A new, good-quality e-bike can be purchased for as little as £650, and maintenance costs are roughly the same as those of a regular bike (for consumable parts like tyres, chains and brake pads).

When it comes to the cost of recharging your bike’s battery, we’re talking pennies on the dollar when it comes to how much it’ll add to your electricity bill.

Because you’ll be riding more, you’ll be pedalling more – even if the electric motor assists you on occasion. This is good news for your heart, lungs, and blood pressure because numerous scientific studies have demonstrated the link between regular exercise and lower stress levels.

E-bikes are also great for people who want to ride a bike but don’t think they can because their fitness isn’t what it could be or isn’t what it used to be due to age or illness.

Most of the vehicle accidents on road take place at junctions.This is frequently due to the fact that it takes a few crucial seconds for a stalled cyclist to gain speed.Having that little motor to assist you in accelerating will help you get out of the danger zone faster. For the same reason, you’re less likely to run a red light because you won’t be as irritated about having to give up all that hard-earned momentum.

Finally, because you’ll be able to keep up with the flow of traffic more easily, fewer cars, buses, and Lorries will have to overtake you, resulting in safer riding.

They’re perfect for crosswinds and headwinds

With a motor to assist you, e-bikes are also ideal for dealing with nature’s other great adversary for cyclists – the wind. Gusts are fine when they’re behind you, but when they’re buffeting you from the side or pushing against you from the front, they can ruin your fun and even be dangerous.However, by increasing the amount of power your engine produces, you can significantly reduce both crosswinds and headwinds.

E-bikes are also excellent touring bikes. Larger tyres are standard, and many have eyelets to accommodate panniers and racks. This means that riding long distances will not only be more comfortable, but also more manageable, because the motor can be called upon again when the weight of your camping gear causes your legs to want to stop.

To wrap up, e-bikes are the future of modern motorbikes, and that is going to be the more sustainable mode of transport. Though engineering is still in the budding stage, it is going to scale up to great heights in the future. Get an e-bike and prepare yourself to experience the best ride of your life.