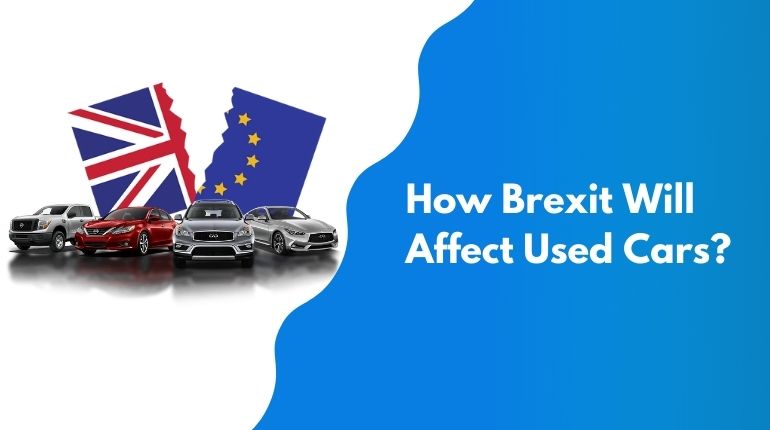 The Brexit impacts on car prices are significant. However, the significant effects on new cars are greater than the used cars. There is oscillation, but it doesn’t bring any new difference. The following is a detailed analysis of Brexit in the UK automotive industry.

Brexit: What does it mean for cars?

Britain’s carmakers face “The most significant threat in a generation” as they have less than two years to sign a trade deal with the EU.

According to the SMMT, a favourable trade deal would put the UK automotive sector at an “immediate competitive disadvantage” and increase new car prices by an average of £1,500, according to SMMT. By March 2017, PM Theresa May signed Article 50 as the beginning of the formal process of withdrawing the UK from the EU and launched the 2-year countdown to conclude Brexit negotiations with the EU.

UK-EU trade deals will deeply affect the price of new cars. UK exports and imports cars will be subject to 10% tariffs, while parts will be subject to a 4.5% fee if the WTO tariffs apply – applicable to countries outside the EU without a trade agreement with the bloc.

The SMMT estimates that it would increase average car prices by £1,500, although other sources suggest an increase of £2,372.

According to Cap HPI’s consumer and retail editor, Philip Nothard said, “new car prices are at risk, but the used market is less likely to be affected. Also, the experts say a no-deal Brexit won’t affect used car prices.

Automotive manufacturers currently face a huge skill gap, especially in production engineering and design. With great flexibility for labour across the European Union, the automotive sector can move employees around the continent, provide proficient training opportunities, and even opt for more skilled labour from other countries. After Brexit, we can expect more challenges for manufacturers because these opportunities will not be available anymore – at least not as easily.

No-deal Brexit: The effect on car manufacturing and the motor industry

A no-deal scenario Brexit might be disastrous for this industry in a number of ways:
• Significant tariffs on items exported to the EU or imported into the UK may be applied.
• Tariffs up to 4% would be applied on car parts.
• Tariffs of up to 10% on autos and 22% on commercial vehicles would be imposed by the World Trade Organization (WTO).
• Due to rising fleet vehicle prices, company car drivers will pay a higher ‘benefit in kind tax.

EU imports and exports of cars

If there is a no-deal Brexit, 10% tariffs will be imposed on new cars imported and exported to the EU. Despite a deal, additional costs and delays are still likely in transporting vehicles to and from the EU due to increased customs checks. SMMT estimates that planning costs alone amount to £500m.
There is no tariff on used cars since they have already been built – a win-win for second-hand car dealers.

How can the used car businesses gain more trust?

The perception of car buyers has shifted in recent years. Used vehicles are now popular because of trust, transparency, and value for money. Buying a used car is a great idea if you plan to do so. However, used cars still carry risks. Make sure you are extra careful before buying a used car. Verify its details with a free vehicle inspection.

To perform the check, you would be asked for the registration number or VIN of the vehicle. The vehicle history is useful for examining previous owner information or mileage history.

Even though some used car sellers may provide you with their test reports, we recommend performing your inspection.

2 thoughts on “How Brexit Will Affect Used Cars?”